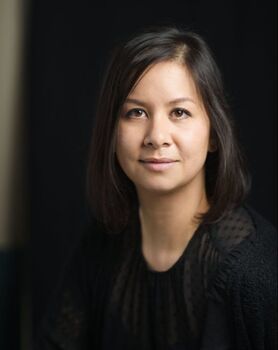 Anna is a Creative Producer with over 17 years experience in the screen industry as a Producer, Director and Editor. She also has close to 10 years experience working in marketing, brand and advertising.

​With an interest in edgy, high-stakes genre film, she brings a wealth of commercial project management skills, cultural leadership insight, practical film experience, and passionate storytelling to the table.

As a Producer, her short films 'GRAVEL 3000' and award-winning* 'MODEL 15' have played at local and international festivals. She was the Line Producer & NZFC-funded Producer Intern on the short film ‘THE MEEK’ alongside Nadia Maxwell and Catherine Fitzgerald. She is currently producing a feature "THE PISSY TITS STREET GANG' with Nadia Maxwell, written by Rosie Howells with Early Development Funding from NZFC. Anna's current project is the short film "HOMECOMING" with WIFT award finalist Writer/Director Grae Meek which has received Fresh Shorts Funding from Script-to-Screen.

Active in the Christchurch WIFT and Screen Canterbury scene, and a member of the Pan-Asian Screen Collective, she is developing a slate of projects for Annakey Productions. As a woman-of-colour, she is focused on giving voice to those currently underrepresented in our industry.

​Anna has a Bachelor of Fine Arts in Film, is a qualified Project Manager and speaker of Te Reo Māori.​